Branding is all about working within a clear frame that defines your identity. Branding is a rigorous discipline and, for that reason, it’s never easy. If you don’t embrace the discipline you’ll end up with a muddy thumbprint.

I rarely use the word “easy” when I talk about branding. Managing one’s brand identity will never be easy. It will never be easy to stand out and create brand value in a competitive world. The choices won’t be easy, otherwise they’d be obvious.

And if they’re obvious, they won’t supply massive added-value. Last year in London, as I congratulated Bryan Boylan, Chairman of Wolff Olins on the agency’s 50th anniversary, I said, “Your company is impressive. You make success seem so easy”. “Don’t believe it,” he said. “It is not easy. Branding is never easy. Branding is a fight and for many brands it means setting constraints, restrictive but healthy ones.”

“Branding is a fight and for many brands it means setting constraints.” 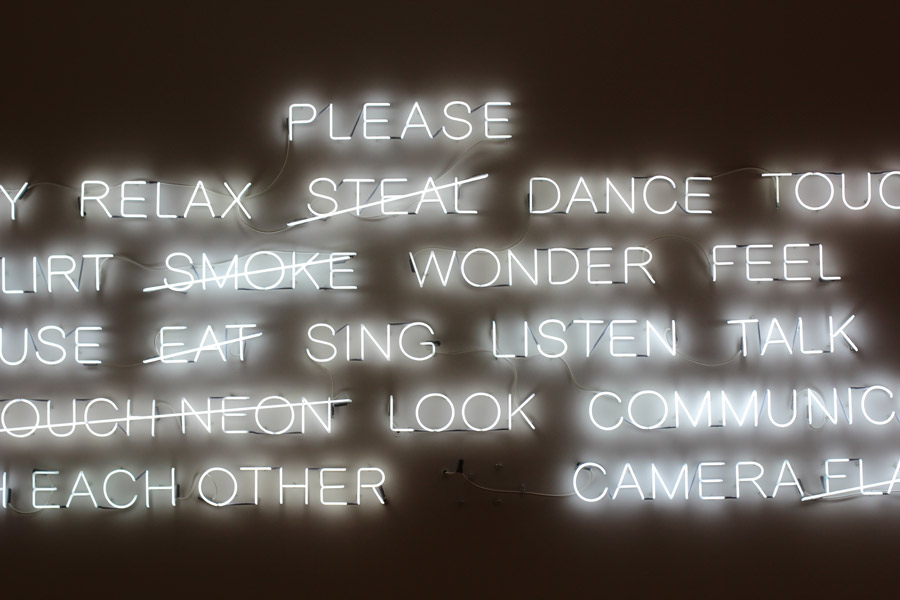 This sentence took me back 20 years, to 1997, when I first met with Pierre Cazaux, the Founder and CEO of Dragon Rouge, one of Europe’s most successful branding networks. Before founding his company, Pierre had been a Managing Director at Young & Rubicam.

When I asked him why he left the advertising world to embrace the branding one, he told me “When you love brands, you want to build them for a long term, not through a sequence of tactical advertisements.

You want to guide them with a vision, a long-lasting discipline that creates equity and preference. This commitment is Branding”.

“When you love brands, you want to build them for a long term.”

It was a brave move. When Pierre left Y&R, advertising was in the middle of its golden age. “Giving up a position like that wasn’t too easy, I suppose”. “Nothing was easy,” Pierre told me. Particularly not my initial relationships with my former fellow advertising colleagues.

When we started to define brands’ visual identities, we were asking brands and agencies to respect some serious guardrails: the shapes, the colors, the typefaces. At first, they weren’t used to the constraints, but they followed the guidelines, because they realized it was in the brand’s best interest. When we wrote the first Graphic Guidelines, they felt we were adding more detailed constraints, but they complied again, for the same reason. But by the time it came to the brand icons and photo library, they were the one who asking for them.

You must know what parameters should guide
brand’s music choice.

This risk has several names: confusion, misunderstanding, inconsistency, incoherence, chaos. In a world where audiences come under the influence of so much content, the fight for attention and preference cannot be won without rigorous brand clarity.

So what about Audio Branding? No surprise. I would say. If the solution is too easy, be suspicious, move away from it.
Let me give you two examples. Sixième Son is often asked to help integrate an audio logo at the end of a TV commercial. One approach would be to broadly adapt the audio logo so that it fits smoothly with the music licensed for the piece. The transition causes no disruption, the audio logo flows into a nice continuation to the soundtrack. In short, it is easy.

But let’s imagine doing the same with a visual identity

You end with a beautiful frame, and you want to adapt your visual logo so that it fits smoothly. You decide to change the typeface to match the type in the text, you adapt the color of the logo to produce a nice visual harmony. Conclusion : your logo fits the commercial but does not stand out, people won’t recognize you. You build no awareness or attribution. Guess what? With your audio logo, it works exactly the same.

When we started to work with AXA, the Brand Director asked us to begin by gathering their advertising content from different countries and campaigns. The idea was to see – and hear – if there was an AXA musical style. We played 12 TVCs in a row, and then we stopped. The AXA marketers were the first to comment and what they said was clear, “Sometimes, it feels as if it’s not the same brand.”

Of course, very few brands wish to repeat the musical content from one TVC to another. The idea isn’t cookie cutter compositions, but to know what parameters should guide the choice of a music. One lens through which to evaluate is by asking whether it could be used by a competitor.

“You have to build your audio territory, defend it, promote it. It is not always easy but it is a productive discipline” 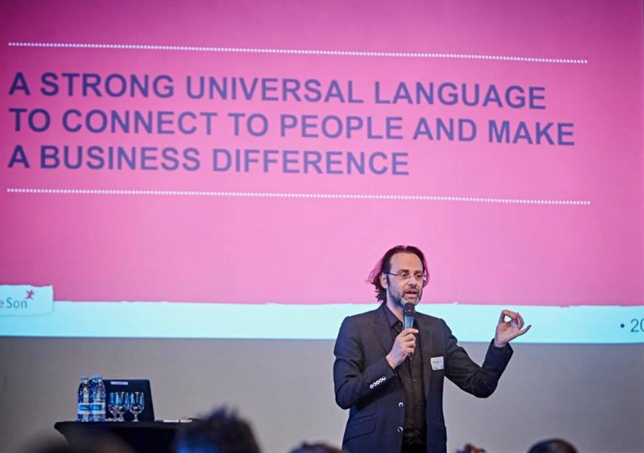 Last day, I was in Copenhagen, Denmark, where I was invited by Design Denmark to talk about Audio Branding and its contribution to brand success.

They gave a great title to the conference: How to Design Future Winner Brands. This took me back to the first time I came here exactly 15 years ago. Aaron Levin was Creative Director for Landor and he invited me to participate in a workshop at Lego about Branding and Audio Branding.

At the end of the meeting, the Brand Director said. “Now I’ll be acutely aware that we shouldn’t make musical choices without good reasons.”

Aaron replied, “It is about knowing who you are, renouncing the nice musical content that is not you, in order to stick to your musical territory. You have to build your audio territory, defend it, promote it.

It is not always easy but it is a productive discipline”. In other words: a healthy constraint.